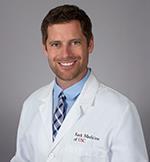 In his work with MSF Dr. Beversluis has completed several missions. In 2015 he worked for 9 months as a Medical Doctor in the Kutupalong Basic Health Project caring for unregistered Rohingya refugee in southern Bangladesh near the Myanmar border. In 2016 David worked for 6 months as the Medical Team Leader for the Chad Emergency Response Unit responding to emergency humanitarian needs throughout Chad. The majority of this time was spent designing and managing a large Hepatitis E outbreak response, including managing over 400 staff members responsible for an active surveillance and sensitization network, water point chlorination programs, and a mass hygiene kit distribution to 10,000 households.
In addition to his operational research and work with MSF, Dr. Beversluis has research interests in outbreak management and field-based epidemiology, in urban refugee issues, particularly around implementing medical programming for urban refugee, and in understanding the humanitarian to development transition for NGOs. David has worked in collaboration with the Harvard Humanitarian Initiative and RefugePoint in Nairobi Kenya to develop an Urban Refugee Integration Scale, which measures the degree of refugee integration into local host communities. Finally, he has also conducted research on ultrasound use in emergency medicine residencies in Colombia.

Learning from water treatment and hygiene interventions in response to a hepatitis E outbreak in an open setting in Chad J Water Health. 2018 Apr; 16(2):223-232. . View in PubMed