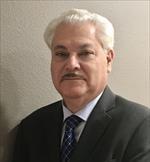 gilbertb@usc.edu
Dr. Gilbert Benitez has been practicing as a physician assistant in family medicine and emergency medicine for over 35 years. While working in private clinics and federally qualified health centers, he focused on providing care to underserved communities. He has held medical staff privileges at several hospitals in Southern California, including Intercommunity Hospital and Queen of the Valley Hospital. He served as the supervising PA in the Emergency Department at Intercommunity.

He has held faculty positions at multiple PA programs in Southern California. He has also visited several other programs to lecture on topics such ENT, orthopedics, gastrointestinal diseases, and basic medical procedures.

In the past 10 years, he has mentored and recommended over 80 students who have entered PA programs throughout the United States. He considers this mentorship as one of the most satisfying aspects of his career, and he is very proud whenever he hears about the achievements of his students. He has also been invited to speak about the PA profession to community college and state university students in the Southern California region.

In his spare time, he enjoys gardening, and he particularly loves the beautiful smell of blooming roses. He also enjoys visiting the many historic sites throughout California, as well as the long drives up and down the coast.