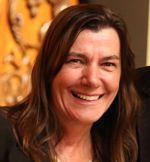 kjacobso@usc.edu
Dr. Kathleen Jacobson is an associate professor of Clinical Family Medicine at Keck School of Medicine of USC. She attended Loyola University Stritch School of Medicine and completed residency at Ventura County Medical Center (VCMC). While working as a hospitalist at VCMC and opening a rural family medicine clinic, she developed her own HIV Fellowship at VCMC.

In 1997, she joined the Department of Family Medicine at the Keck School of Medicine of USC, where she has been involved in all levels of medical education. She began teaching the Introduction to Clinical Medicine and the Professionalism in the Practice of Medicine courses. Dr. Jacobson then designed, developed, and implemented a new second year course, “Integrated Cases Section,” which she continues to direct. Since 2010, Dr. Jacobson has been the clinical co-chair for the year one Foundations of Medicine course and between 2014-2016 she served as the Director of the Family Medicine Clerkship. For her dedication to teaching, she has received the Excellence in Teaching Award twice and received the Peter V. Lee Award for Ethics and Professionalism in the Practice of Medicine.

In addition to her commitment to medical education, Dr. Jacobson serves as the medical director of the Los Angeles Regional Pacific AIDS Education and Training Center, where she has spent more than 19 years developing the HIV health care workforce, annually training more than 70 medical students, residents, community members, and correctional providers; including two HIV fellows every year. She also leads HIV capacity building projects in primary care clinics and emergency rooms. Her work in HIV clinical training has an international reach, as she has lead the US based trainings for international providers from countries such as South Africa, Serbia, the Philippines, Palau, and Botswana. In 2013 and 2014, Dr. Jacobson worked in rural Namibia, Africa as an HIV clinical mentor with the International Training and Education Center for Health at the University of Washington. In this role, she leant content expertise to development of the 2014 Namibian National HIV Treatment Guidelines, served as faculty for courses for the Namibia Africa Ministry of Health and Social Services, and mentored the medical providers in six hospitals, eight district HIV clinics, and more than 35 outreach clinics – covering over 100,000 HIV patients in two of the hardest hit regions of Namibia, Africa.