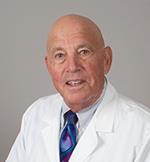 Robert Israel, M.D., graduated with a BA in English and Anthropology from Harvard College, an MD from the University of Pennsylvania School of Medicine, and a residency in Obstetrics and Gynecology at The Johns Hopkins Hospital. He completed a post-residency, two-year obligation to the US Navy in the Department of Obstetrics and Gynecology at Balboa Naval Hospital in San Diego, California, where he established the first Infertility Clinic. He joined the new, full-time Department of Obstetrics and Gynecology at the University of Southern California (USC) School of Medicine in late 1969, and has remained a faculty member at that institution ever since, achieving professorial level. He has been a member of the department’s Executive Committee, since its inception in 1970. For over 25 years, he was the director of the department’s required medical student rotation. He chaired the division of gynecology at two different times for over 10 years. From 2005 -2007, he was the first director of development for the department. During that time period, he initiated two endowed department chairs and helped convert the department’s former resident organization into a significant alumni association. Presently, he is the chair of quality improvement for the department and director of the women’s health clinics. Nationally, he belongs to the Pacific Coast Reproductive Society and was its President in 1980, the American Society of Reproductive Medicine, the American College of Obstetricians and Gynecologists, and the Pacific Coast Obstetrical and Gynecological Society, having been its President in 2002 and, presently, the Chair of the Society’s Industry Liaison Committee. He has authored multiple, peer-reviewed publications, as well as book chapters. His medical interests include endometriosis, reproductive problems, myomata uteri, sterilization, intrauterine adhesions, and uterine congenital anomalies. Dr. Israel’s outside interests include the completion of ten marathons and classical theater, epitomized by his third appointment to the Board of Directors of A Noise Within, the classical repertory theater in the Los Angeles area.