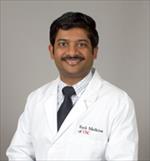 Ram Kumar Subramanyan, MD, PhD, is an assistant professor of Surgery and Pediatrics at the Keck School of Medicine of the University of Southern California. After completing his medical education at Madras Medical College, India, Dr. Subramanyan moved to the United States and completed his general surgery residency in 2008 under the chairmanship of Tom R. DeMeester, MD. He then continued his cardiothoracic surgery training and Congenital Cardiac Surgery Fellowship under Vaughn A. Starnes, MD.