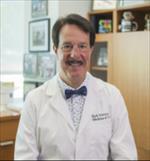 zlokovic@usc.edu
Berislav V. Zlokovic is the director of the Zilkha Neurogenetic Institute and Professor and Chair of the Department of Physiology & Neuroscience at the Keck School of Medicine of USC, and a Professor of Biological Sciences at the Dornsife College of Letters, Arts and Sciences. Zlokovic studies the role of brain microcirculation, particularly the blood-brain barrier (BBB) in health and disease in the adult brain and during brain aging. He made major contributions to our understanding of the role of BBB in the pathogenesis and treatment of Alzheimer’s disease (AD) and stroke. Using animal models and studying human brain, his laboratory has shown that dysfunction in the BBB and brain microcirculation can accumulate before neuronal loss, and is an early biomarker of human cognitive dysfunction. His group showed that disrupted cross-talk between BBB-associated pericytes and brain capillary endothelial cells, and astrocytes and pericytes, within the neurovascular unit leads to neuronal dysfunction in both sysnapses and neurons, and that targeting these BBB pathways can reverse neurodegenerative process. He has identified genes and receptors at the BBB that regulate brain levels of Alzheimer’s amyloid-beta toxin, which accumulates with aging and dementia. More recently, his team has developed new imaging techniques for studying neurovascular functions in animal models and the living human brain. These findings contributed to development of Phase 2/3 clinical trials for AD patients. He co-discovered with J.H. Griffin vasculoprotective, neuroprotective, and anti-inflammatory activities of activated protein C (APC) in the CNS, including the receptor requirements and downstream signaling pathways. These findings have been translated in successfully completed Phase 2 trial of 3K3A-APC, a 2nd generation cytoprotective-selective APC analog, in ischemic stroke patients, which led to a Phase 3 efficacy and safety pivotal trial of 3K3A-APC in patients with ischemic stroke.

Current research interests
• We study humans at genetic risk for AD, and use transgenic models, and iPSC-based human models of the BBB and brain on a chip to understand how genes that carry risk for sporadic AD (e.g., APOE4, PICALM) affect the cerebrovascular system contributing to dementia, and AD disease onset and progression.
• We are developing cell and gene therapy approaches for AD using i) iPSC-derived human pericytes that express different protective target genes, and/or ii) BBB cell-specific gene delivery to influence neuronal and synaptic functions.
• We study APC biologics and mimetic peptides for white matter stroke, AD and ALS.
• We work on identifying small molecules that influence genes/pathways linked to AD.
• We work on CSF and imaging BBB biomarkers of human cognitive dysfunction.
• Recently, we have initiated studies to understand how gut microbiome influences BBB in relation to neuronal and synaptic functions using transgenic and human iPSC models.
• We initiated program on BBB molecular signatures (snRNAseq, proteome) in health and disease using transgenic and human models, and human tissue studies.
Zlokovic is recognized internationally as a leader in the fields of AD and stroke research. Thomson Reuters and Clarivate Analytics listed Zlokovic as one of “The World’s Most Influential Scientific Minds” for 17 consecutive years (2002-2019) for ranking in 1 % of the most-cited authors in the field of neurosciences and behavioral sciences. He received MetLife Award for Medical Research for “significant contributions to our understanding of Alzheimer’s disease and for bringing us closer to a cure”, Potamkin Prize from the American Academy of Neurology " in recognition of outstanding achievements in research on Alzheimer’s and related neurodegenerative diseases”, Javits Award from NINDS "in recognition of distinguished record of substantial contributions in a field of neurological sciences”, and MERIT Award from NIA "in recognition of sustained contribution to aging and leadership and commitment to the field”. He is a fellow of the AAAS, The European Academy of Sciences, and The Dana Alliance for Brain Initiative. In 2017, 2018, 2019 and 2020, he was asked by the Nobel Assembly at Karolinska Institutet, The Nobel Committee to nominate candidates for the Nobel Prize in Physiology and Medicine. He is also an active entrepreneur and inventor. He co-founded ZZ Biotech, a biotechnology company that is developing treatments for stroke and neurological disorders.

APOE4 Accelerates Development of Dementia After Stroke: Is There a Role for Cerebrovascular Dysfunction? Stroke. 2020 Mar; 51(3):699-700.. View in PubMed

Corneal transport of circulating glutathione in normal and galactosemic guinea pigs Cornea. 1999 May; 18(3):321-7. . View in PubMed

Attenuation of brain injury and reduction of neuron-specific enolase by nicardipine in systemic circulation following focal ischemia and reperfusion in a rat model J Neurosurg. 1997 Nov; 87(5):731-7. . View in PubMed

Cellular and molecular neurosurgery: pathways from concept to reality--part I: target disorders and concept approaches to gene therapy of the central nervous system Neurosurgery. 1997 Apr; 40(4):789-803; discussion 803-4. . View in PubMed

Can blood-brain barrier play a role in the development of cerebral amyloidosis and Alzheimer's disease pathology Neurobiol Dis. 1997; 4(1):23-6. . View in PubMed

Cellular uptake and transport of methylprednisolone at the blood-brain barrier Neurosurgery. 1996 Feb; 38(2):348-54. . View in PubMed

A saturable mechanism for transport of immunoglobulin G across the blood-brain barrier of the guinea pig Exp Neurol. 1990 Mar; 107(3):263-70. . View in PubMed

Comparison between blood and saline perfusion on the uptake of amino acids by choroid plexus of the sheep Endocrinol Exp. 1990 Mar; 24(1-2):29-36. . View in PubMed