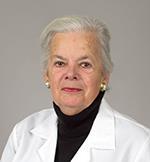 Dr. Minnie McMillan is a Founder of Anergix and member of the Anergix Advisory Board. She is a molecular immunogeneticist and a Professor of Microbiology and Neurology at USC. She obtained B.A., B.Sc. and D.Phil. degrees in Chemistry from Oxford University, England, where she was an Exhibitioner at Somerville College. After emigrating to the United States, she became a Gosney Fellow in Biology in the laboratory of Lee Hood at the California Institute of Technology. She then moved to USC, now the Keck School of Medicine, where she is presently a Professor. Her research focuses on the major histocompatibility complex and its role in autoimmunity, particularly, multiple sclerosis. She has been awarded numerous grants from NIAID and NIGMS and has chaired as well as served on many NIH and NCI review panels.