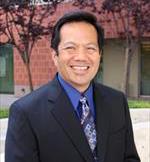 The Broselow and Handtevy Resuscitation Tapes: A Comparison of the Performance of Pediatric Weight Prediction Prehosp Disaster Med. 2016 Aug; 31(4):364-75. . View in PubMed

A native of Orange County California, I received my undergraduate degree in Biochemistry from California State University, Fullerton in 1986. After receiving my medical degree in 1990 from the University of California, Irvine, California College of Medicine, I trained in general pediatrics at Cedars-Sinai Medical Center in Los Angeles. I completed a pediatric emergency medicine fellowship at Childrens Hospital Los Angeles in 1995 and joined the Division of Emergency and Transport Medicine at CHLA the same year. I am board certified in both general pediatrics and pediatric emergency medicine.

Currently, I serve as the medical director of the Childrens Emergency Transport Team at CHLA. Performing over 1,500 missions a year via ground, helicopter and fixed wing ambulances, the transport team is one of largest and busiest pediatric critical care transport teams in the world. The transport team not only transport pediatric patients within the United States but also traveled internationally with transports to and from distant lands such as Thailand, Australia, Germany and Mexico.

I was recently elected to the Executive Committee of the Section of Transport Medicine of the American Academy of Pediatrics and serves as the Chairperson of the 2004 AAP Conference on Neonatal/Pediatric Critical Care Transport Medicine which will be held in San Francisco.

I have given many television, radio and print interviews. I have been quoted in the Los Angeles Times and have appeared on Larry King Live and on BBC (British Broadcasting Company) Radio.